Wow this week has been so busy! Last weekend we went to Philadelphia and I am just now having a chance to write about it. Michael’s brother came into the city for a job interview, so we decided to meet up with him and spend the day there. I think we both realized our limitations after driving 3 1/2 hours, walking around the city for 7 hours and then driving back home. We agreed never to do it again with out booking a hotel for the night. (or now staying with Mike’s brother, since he got the job!) Michael’s stomach guided us to our first stop at the Reading Terminal Market. I think the idea was to have lunch there, but it was so crowded and overwhelming and there were so many choices, that we ended up not eating anything at all.

I’m sorry to say that I wasn’t a huge fan. It really just seemed like a giant food court to me and we didn’t really find too many exotic things that we couldn’t buy here at home. I guess it’s becoming a small world after all. There were plenty of great eatery choices. I found a little place that made French specialties and I seriously considered ordering a giant crepe (boy, do I miss those!), but didn’t feel like fighting the crowd to elbow my way up to the counter. Yeah, I am not really a fan of big crowds…or small crowds…or people in general…does that mean I am not cut out for city life?

We did find a few points of interest. Mike wanted to track down the Indian spices so we browsed there for a bit. Here he is, seriously considering his choices.

He finally decided on some kind of masala blend which ended up strongly perfuming the inside of my purse. Seriously, men should carry their own purses. We also wanted to check out the produce section, but only found a few unusual items like giant aloe leaves and sugar cane. At least it gave me an opportunity to use my new camera. 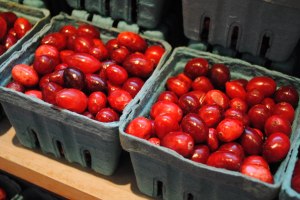 Eventually, we left the market and decided to stroll around the city for a bit and be the tourists. 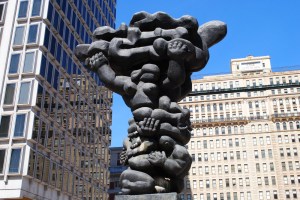 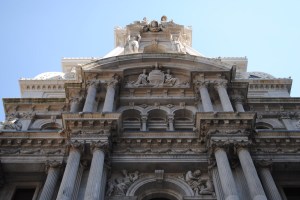 Then we ducked into the Gallery Mall for a bit to get out of the sun. 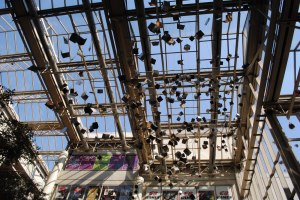 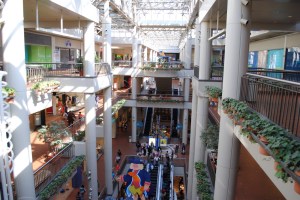 We finally met up with Mike’s brother and a friend around 4 o’clock and by then we were famished. We decided to go to Chinatown for some Thai/Viet food. We found this little place called Pho Xe Lua, which I found out later on after doing some research, is sometimes known to locals at the “Choo Choo” restaurant because of the train on the facade. 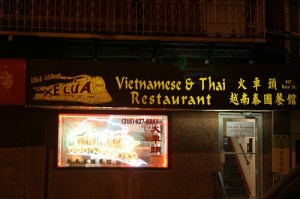 The atmosphere wasn’t very impressive, but it was busy, which usually means good food, in my opinion. The food was great! I got the green curry with bean curd and decided to try an avocado shake after a recommendation from another customer. I was very curious about the tapioca pearls in the drink. What an unexpected surprise! The shake was creamy and delicious and not overly sweet. I liked it so much that I even tried making one at home this week. It didn’t turn out the same as the one I had in the restaurant, but I am planning to try again.

Well, after dinner we were thoroughly exhausted and decided to make the trek home. Hopefully, since Mike’s brother will be living in Philly soon, we will have a little extra motivation to make some return trips!

One thought on “Road Trip”